The Emu ‘Emmanuel’, a viral emu in TikTok is vulnerable to Avian Flu. He is fighting for his life after affecting the Avian Flue.

Taylor Blake, the owner of the bird farm shared her problem in tweets on Sunday that the farm has been badly affected by the Avian Flu, and she has lost 99% of the birds presented on her farm. She also shared that the Avian Flu has spread on the farm by Egyptian geese flying onto the farm. At one point there were as many as 50 wild geese on the South Florida farm and they spread the virus to her animal. She lost more than fifty birds within the last three days.

Emmanuel’s fellow Tiktok Stars Emily, Eliza, and Elliott also died due to the Avian Flu. The farm owner informed us that the farm also lost “every single chicken and duck,” as well as all of their geese, both turkeys and two female black swans. The only birds left are Emmanuel and Rico, a swan.

Read also: Is Your Sports Bra and Athletic Shirt BPA-free? , Ko Sung Hee, a South Korean actress is going to marry her non-celebrity fiance in November.

After being influenced by the flu Emmanuel stopped eating and drinking on his own. But this Sunday there came a moment of hope, he drank water by himself for the first time since becoming sick. He has also been able to move backward and forward. e has also been able to reposition himself in his sling, putting pressure on his right food.

She tweeted, ” At this point, every small step feels like a milestone. He is getting stronger daily.”

Avian flu is a kind of bird flu, It has been detected in January in Palm Beach County, Florida Fish and Wildlife Conservation Commission confirmed. The most impacted animals are Black vultures, although a deceased bottlenose dolphin also tested positive.

The department said it’s suspecting an increase in infected species this fall.

to report and elevate Emmanuel’s story she tried to call Dr. Pol for the treatment suggestion but unfortunately, the secretary said he does not offer advice. 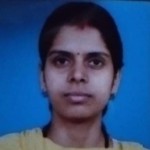